Old School Square, T. Presents, and House of Parnes present an evening with St. Paul & The Broken Bones, supported by The Ries Brothers!

Old School Square, T. Presents, and House of Parnes present an evening with St. Paul & The Broken Bones, supported by The Ries Brothers!

St. Paul & The Broken Bones formed in 2012, releasing their debut album Half the City in 2014 and its follow up, 2016’s Sea of Noise, to much acclaim. Those strong efforts helped place them on the national scene, and the band worked hard to prove they were no mere retro-soul band—from touring the world relentlessly, including being selected to open for The Rolling Stones and headlining two nights at the Ryman Auditorium, to TV appearances including The Late Show with David Letterman, Jimmy Kimmel Live, Conan, Austin City Limits two appearances on The Late Show with Stephen Colbert, one being the very first episode.

Janeway’s fearless showmanship, thoughtful lyrics, and dedication to his performance soon became the band’s calling card, and paired with the inventive and skillful direction of co-band leader Jesse Phillips as well as a full eight-man roster comprised of some of the best young instrumentalists in the South, they soon became a must-see event. (In addition to Janeway on lead vocals and Phillips on bass and guitar, the lineup is rounded out by Browan Lollar (guitars), Andrew Lee (drums), Al Gamble (keyboards), Allen Branstetter (trumpet), Chad Fisher (trombone) and Amari Ansari (saxophone), who replaced Jason Mingledorff following the album’s recording).

Over time, Janeway has learned the art of balancing expectations and how to reconcile his past with his future, just as his band have learned how to overcome their perception by pushing against its ceiling. In embracing those things he cannot change, he has forged ahead as an artist and as a man. And with his band’s new album, Young Sick Camellia, Janeway has created a space for St. Paul & The Broken Bones to rival any forward-thinking band making music today, based on a concept all-too familiar to him: family, and how we love them despite our differences.

ABOUT THE RIES BROTHERS 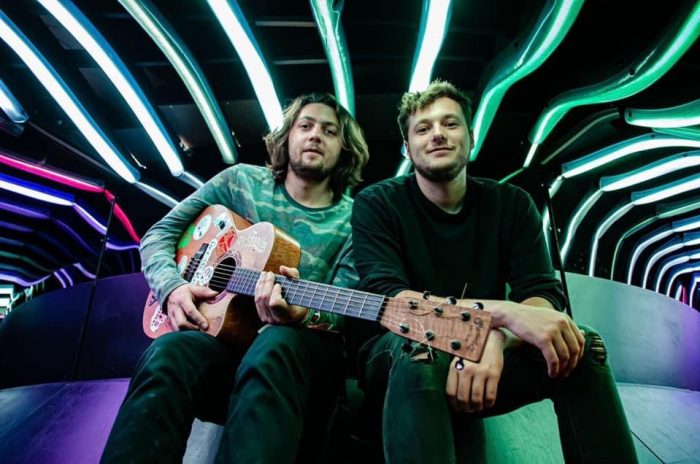 The Ries Brothers (pronounced ”Rees”), a duo from Clearwater, FL, blend rock, blues, funk, and reggae into a soulful-sophisticated sound. Older brother Charlie (25) sings lead vocals while simultaneously playing drums and keyboard bass giving the band its unique and full sound. Younger brother Kevin Jordan (21) completes the band’s “sonic creativity” on guitar and provides background vocals and co-writes many of their songs. The band started playing the Florida bar circuit as young teenagers where they were discovered by the band “CHICAGO” and taken out on two tours prompting them to leave school and focus on music full time.

The Brothers inimitable live performances have captured fans across the musical landscape leading to marquee support slots and major festival bookings. After Supporting a G Love & Special Sauce tour in 2018, G Love asked the brothers to tour as his backing band and open his solo tour. They repeated that feat again in 2019. ” In between, the brothers completed their own solo tours in addition to supporting major artist like Stick Figure, 311, Pepper, Galactic, Stephen Marley, and playing major festivals like Sunfest, Cali Roots, Gasparilla, Rootfire and Summer Camp. 2020 had started off with a tour with Iration, Ballyhoo! and “Iya Terra”, Had a Badfish (A Tribute to Sublime) and a second run with Iration plus numerous festivals canceled due to the pandemic. They have tried to make the best of the pandemic by releasing and recording a couple CoVIDEOs’ with members of “The Lumineers” “Gary Clark Jr.” Steve Miller Band” and “Iration.”

The duo recently released their second full length album, “Paint Your Emotion,” produced by John Agnello (Screaming Trees, Dinosaur JR, Patti Smythe) and was released on CSSL/Megaforce Records September 18th. The new record leans towards alternative rock, showcasing the energy one would find at a Ries Brothers live show.  A live streaming only EP of the duo’s Sugar Shack Sessions was released in Fall of 2019 on Ineffable Records to accompany their national tour with Iya Terra.

Tickets on sale Friday, February 26th at 10AM

Think of this like having your own private box, with bundled seating for up to four (4) guests. All within a clean, socially distanced, environment!

General Admission (Obstructed view) – $120 per pod (Think of this like having your own booth or private box. One ticket is redeemable for admission up to four guests and includes one socially-distanced pod, with four seats. Partially obstructed view.)

General Admission – $120 per pod (Think of this like having your own booth or private box. One ticket is redeemable for admission up to four guests and includes one socially-distanced pod, with four seats.)

Premium – $180 per pod (Get closer to the stage, in a Premium section! Not only does your purchase include the amenities of “General Admission” — you’ll also receive your own table to share with your friends in a section with great views of the stage. Rows 4-7 from the stage.)

VIP – $300 per pod (Spread out and experience comfort in the VIP section! Not only does your purchase include the amenities of “General Admission” — you will get cozy with your own table, bar service, and the best views of the stage. You’ll be within the first three rows of the stage!)