No Photography or Recording Permitted Progressive rock brand King Crimson will be performing at Old School Square in Delray Beach, Florida, on Friday, July 23, the second

No Photography or Recording Permitted

Progressive rock brand King Crimson will be performing at Old School Square in Delray Beach, Florida, on Friday, July 23, the second stop on their recently-announced “Music is our Friend” North American tour- their first tour since the year that silenced live music. 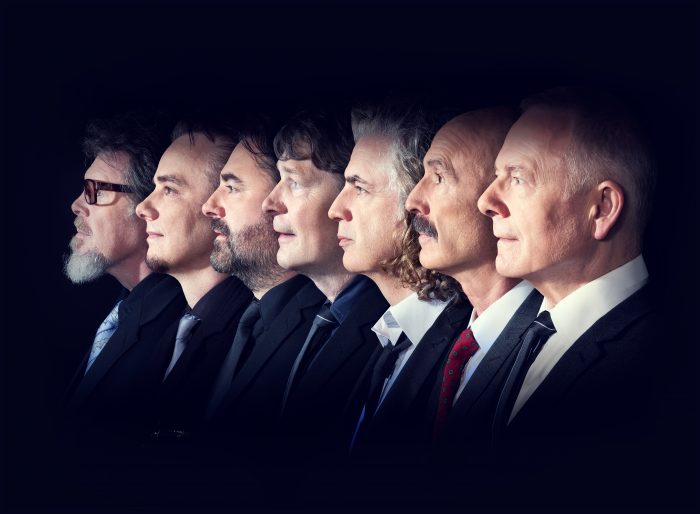 “The Crimson Beast Is in Go! Mode. Totally excellent news! Much hooraying! Glad times are here!” said guitarist and founding member Robert Fripp. “The Crimson Beast Of Terror has woken from its enforced slumbering and is venturing out to stomp flat the psyches of innocents not yet experienced in the hammering onslaught of King Crimson’s uncompromising pounding – bish! bish! bish! – before turning on a beat to jellify hearts with gut-wrenching passion and soul-squeezing epic unfoldings to remind us that we are all mere subjects in the unfolding drama of the universe’s unfathomable mysteries while simultaneously rocking out and having a great time bopping about with Tony and Bobby and Gavin and Jakko and Mel and Pat and Jezza too.”

Within Old School Square’s open-air pavilion, purchasers will have the option to select Pod or Individual tickets. The 68 sectioned-off pod spaces are available closest to the stage for groups of up to four for those that desire great distancing. Another 1,200 individual seated tickets are available on the lawn behind the pod area, which also maintain a safe level distancing between each seat.

Ticket holders will also have the option to purchase a VIP Royal package DGMLive.com. The VIP Royal package includes: early access to the venue and merchandise prior to general admission, seating in the front six rows, an exclusive open discussion with producer and manager David Singleton into the world of King Crimson and DGM by David Singleton, complete with an appearance and personal insights and answers from one of the band members, a program signed by all band members, a VIP Laminate, an exclusive tote bag, and a previously unreleased King Crimson multiple CD set.

This will be the seventh year that London-born King Crimson has toured since returning to performing live in 2014, a run only interrupted by the lockdown in 2020. In that time, the audience has been reinvented, as much as the band itself. The band’s shows regularly include material from twelve of their thirteen studio albums, including many songs from their seminal 1969 album In the Court of the Crimson King, described by Pete Townshend as an “uncanny masterpiece.” The 7-piece line-up play many historic pieces, which Crimson has never previously played live, as well as new arrangements of Crimson classics – “the music is new whenever it was written.” There are also new instrumentals and songs, as well as compositions by the three drummers, Pat Mastelotto, Gavin Harrison and Jeremy Stacey, which are a regular highlight. A unique show, where seven of the best musicians in the world play music without distraction or adornment.

AXS is the exclusive ticket provider for the Old School Square King Crimson show. Tickets purchased on third party sites may not be honored. For more information, visit AXS.com.